Third module of the Executive Master in Veterinary Ophthalmology

The videos are reserved for the students of the Executive Master in Veterinary Ophthalmology and will be available until September 19th, 2021.

Marta Leiva
DVM, PhD, Dipl. ECVO Relatore
Dr Leiva was born and raised in Barcelona, Spain, where she received her Veterinary Degree from the University Autonomous of Barcelona (UAB). She completed a small animal rotating internship, followed by a European Residency in Comparative Veterinary Ophthalmology) at the Veterinary Teaching Hospital of the UAB. In October 2005, she was awarded the European Diploma in Veterinary Ophthalmology (ECVO dipl) and joined the Ophthalmology Service of the Veterinary Teaching Hospital of the UAB. She earned her PhD in 2007 from Autonomous University of Barcelona. Currently Marta is working at the Veterinary Teaching Hospital of the Autonomous University of Barcelona as an Associate Professor of Ophthalmology, where she has been training ECVO residents since 2005. During the last years, Marta has been actively working for the ECVO, as a member of the Evaluation Residency Committee (ERC), member of the Examination Committee (EC), and member of the Executive Committee. Marta is author of multiple international and national papers, as well of different chapters on international well-known ophthalmology books. Marta is an international lecturer, being her main areas of interest: cornea, foals ophthalmology and the ocular signs induced by infectious diseases. Besides ophthalmology, she enjoys spending time with her family and exploring Catalonian outdoors with her dogs.

Gert ter Haar
DVM, PhD, Dipl. ECVS Relatore
Gert ter Haar is from the Netherlands and studied veterinary medicine at the Faculty of Veterinary Medicine in Utrecht, where he graduated in February 1997. After an internship and surgical residency in Utrecht, he became a Diplomate of the European College of Veterinary Surgeons in 2002 and Head of the Department of ENT at the University of Utrecht in February 2003. His research on hearing in dogs led to his PhD thesis, a 220-page book entitled “Age-related hearing loss in dogs” in 2009. On the same day he became President of the International Veterinary Ear Nose and Throat association (IVENTA). He joined the surgical team of the Royal Veterinary College in London, United Kingdom, in 2011 as a senior lecturer in soft tissue surgery and got promoted to associate professor in soft tissue surgery and head of the ENT department and ENT, Audiology and Brachycephaly clinics at the RVC in 2015. In March 2017 he joined the team of the SDU (specialistische dierenkliniek Utrecht), the largest European specialist referral centre in the Netherlands. He is author and co-editor of three surgical books and has published over 30 peer-reviewed articles in his field of interest. He gave over 300 national and international lectures on ENT medicine & surgery, hearing research in dogs and soft tissue/reconstructive surgery in dogs and cats. His current research involves hearing loss in dogs and cats and brachycephalic obstructive airway syndrome.

The videos are reserved for the students of the Executive Master in Veterinary Ophthalmology and will be available until September 19th, 2021. 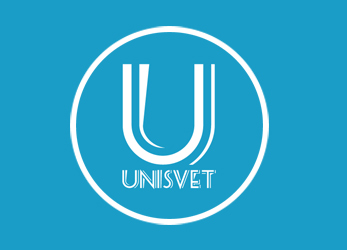